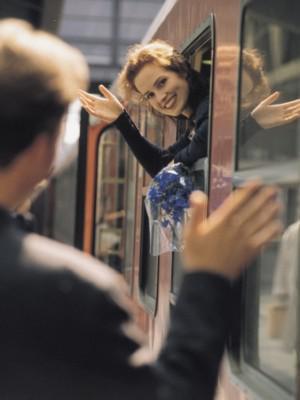 Forgiving a cheater: Are they really serious this time?

Giving a cheater a second chance isn’t possible without you taking a chance on them. Knowing that your first attempt at love resulted in infidelity isn’t always the best way to look at it — especially if your ultimate goal is to forgive a cheater for their actions. Forgiving a cheater won’t happen over night, in fact, forgiving a cheater can take a long time, but as long as you have faith in your lover you will be able to get over it. In the end, if you’re still in love and willing to give your partner a second chance, all you really need to know is that they are going to be serious this time around. If they have assured you that they will go the extra mile to show you how sorry they are, give them another try.

Cheater forgiveness: Are you setting yourself up for failure?

Giving a cheater your forgiveness is a very scary thing to do, this is because they have already lost your trust and you might not believe them when they say that they will never do it again. When you give a cheater your forgiveness, are you setting yourself up for failure? Truth is, you never really know until they prove you wrong or right. If you want to forgive a cheater, but are skeptical over the manner, you can read our guide on 5 steps to forgiving a cheater and try to apply these methods to your relationship.

Giving second chances after cheating: Do they deserve it?

Giving someone a second chance after cheating is always a complicated decision to make. For one, you have to ask yourself if they would forgive you if you were the one in their shoes, and if they actually deserve to be forgiven. If you were dating someone for under a year and found out (through other people) that they have been cheating on you since the very beginning, giving them a second chance would just be ridiculous. But if you were dating or married to someone for years and they cheated on you once and came clean about it immediately — they deserve a second chance.

Not everyone deserves a second chance

The fact that you’re in love isn’t always the best reason to give someone a second chance. More often than not, people fall in love with individuals who are downright toxic to them, and choose to stick with them because they are dependant on them. If you’re thinking about giving someone a second chance purely because you love them — don’t. If they consistently treated you wrong throughout your relationship and have recently cheated on you, take it as a sign to move to another corner of Edmonton and escape their grasp.

Are you really in love with them?

When my girlfriend cheated on me, I decided to take a step back and assess the situation. Sure, she was pretty and fun, but she wasn’t trustworthy whatsoever. I asked myself if this was the person I wanted to spend my life with, and I was surprised to find out that she wasn’t. Knowing this, I immediately stopped feeling like I was in love with her, and started seeing her as a bad habit I needed to break. If you want to learn some dating tips after being cheated on, read our guide on the subject.
________________